Welcome Welcome to Boyd Holbrook Updates, fansite dedicated to American actor Boyd Holbrook. Here you will find the latest news related to Boyd and his career, as well as tons of images on our photo gallery. Enjoy your stay!
Interview Magazine (2014) 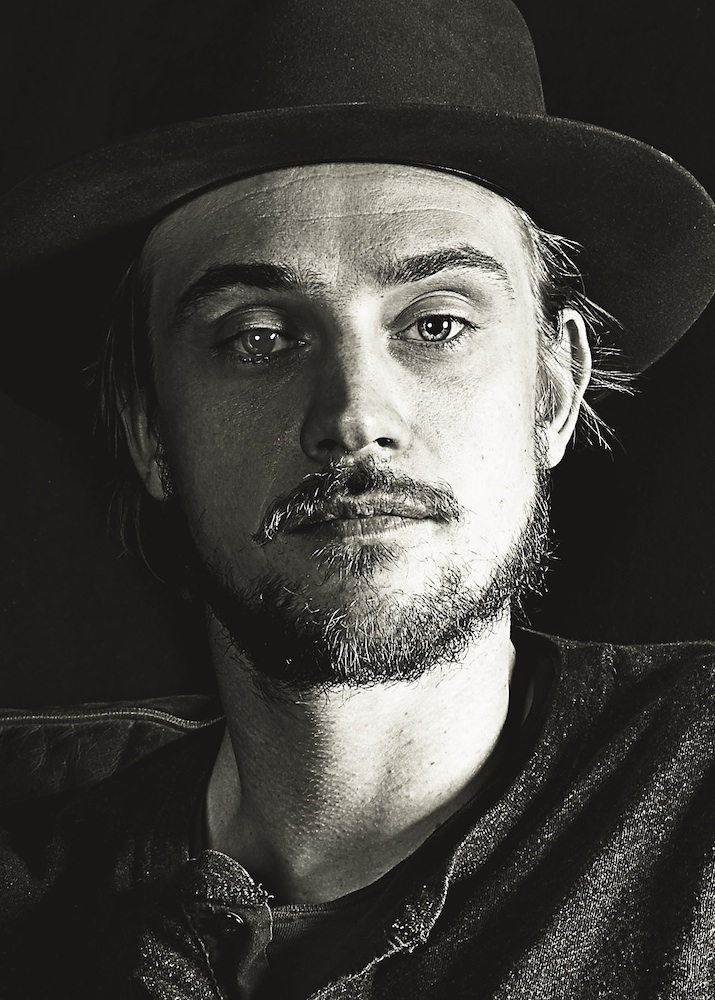 “I don’t give a shit what people think about me,” says Boyd Holbrook over a smoothie at The Snow Lodge at Sundance. Now 32, Holbrook is confident in his creative choices: as an actor, as a musician (he plays the banjo and the guitar), and as an artist (he’s had several solo exhibitions as a sculptor). It is the Kentucky native’s third time at the festival; he first attended in 2011 with Vera Farmiga’s Higher Ground. Last year he came with Naomi Foner’s Very Good Girls, the film through which he met his girlfriend Elizabeth Olsen. “I don’t know if it helped to premiere here or not,” he says earnestly of Very Good Girls. “It wasn’t received very well. I’m just trying to figure out where its place is.” This year Holbrook has two films to promote: Skeleton Twins, alongside Kristen Wiig and Bill Hader, and the mining drama Little Accidents, in which he has a leading role opposite Elizabeth Banks and Chloë Sevigny.

But Skeleton Twins and Little Accidents are just the first in an impressive slew of films set to come out in 2014—a year that anyone who saw Little Accidents is already hailing as Holbrook’s breakout. He recently finished production on Jane’s Got A Gun with Natalie Portman, Gone Girl with Ben Affleck, Run All Night with Liam Neeson, a Terrence Malick film with Christian Bale, and Cardboard Boxer with Terrence Howard. Holbrook has taken his time with his career, and it’s been worth it.

BOYD HOLBROOK: Sundance is exhausting, isn’t it? I tried to get away from Park City a little bit. We went to a recreation place and played tennis and went skiing.

EMMA BROWN: Are you a good skier?

HOLBROOK: Definitely not. I’m terrible; it took me an hour to get down one slope. [laughs] I’m not good at all.

BROWN: Did your interest in acting start while you were in high school? Is anyone from your family in the arts?

HOLBROOK: No. I traveled around for a while; I got out of Kentucky. I was working at a theater company there, lived in Europe for a while. Did whatever I could to get out and move around. I lived in Berlin and Paris for a little while.

There was no theater in my high school. I think even our art program was cut—it was so bad. I didn’t even know that was a possibility in college or in high school; I hadn’t even thought of it. It was pretty negligent. My father has run a bulldozer all of his life, and my mom is in real estate.

BROWN: Do you remember your first paid acting job?

HOLBROOK: Yeah. I was kind of like a “Where’s Waldo” in Milk.

BROWN: That’s a pretty good movie for your first.

HOLBROOK: Absolutely. I’d sent Gus [Van Sant] a script naïvely thinking that he would want to direct it, but he offered me the part and a few lines, which was cool. I got to do my first line with Sean Penn, so that was impressive.

BROWN: What was your worst job before you started acting?

HOLBROOK: I unloaded planes for UPS in Louisville, Kentucky. It only was bad because it was called “Earn to Learn,” where you pay for your tuition for college, but you have to work graveyard shift—midnight to eight am—and then go to school at nine or 10 am. I was a zombie after two semesters. [laughs]

BROWN: What was your hometown like? Did you live near a city, or was it more rural? I’ve never been to Kentucky.

HOLBROOK: It’s extremely rural. The Appalachian Mountains are there, so it’s beautiful, but there’s not really a lot of flat land; there are mountains just stacked on top of each other. The western side is kind of flat—you have the horses and all that stuff—but basically the main economy out there is coal mining.

HOLBROOK: Oh, absolutely. It’s kind of an industry that’s unfortunately dying out. So many people are so dependent on that type of work there—it’s the economic infrastructure. Some of these towns are just evaporating and turning into ghost towns. A lot of people are out of work.

BROWN: Did you ever consider going into mining?

HOLBROOK: If I didn’t work for UPS that’s exactly what I would have been doing.

BROWN: Is that what you wanted to be when you were a child?

HOLBROOK: I wanted to be an architect. I used to draw houses and buildings and construct buildings on my own.

HOLBROOK: I’ve had a couple of sculpture shows in Chelsea; I showed at RARE Gallery and OHWOW Gallery. When I got into high school, I got really into basketball. I had this itch that I wanted to just move. I didn’t know what I wanted to do, but I knew that if basketball became a scholarship or something it would be a means to that. It turned out I couldn’t jump that high.

BROWN: Little Accidents is obviously about a mining town—tell me about the role you play.

HOLBROOK: I play this guy named Amos Jenkins. He’s a survivor of a mining disaster—the lone survivor. You pick up with him having to go on record with what actually happened. There’s this double-edged-sword element: what happens to this mining company afterwards and what happens to the town afterwards, because they are the main provider of jobs and resources in this area. It’s a fictitious world and story, but thinking about what could happen if you’re down in a mine for two days, a day—the amount of carbon monoxide poisoning and the chain reactions of those elements. I worked with a really great guy from NYU—a professor of physical therapy—and he walked through all the things that would happen, which would bring on a stroke, and when you’re standing how a stroke works on you. That was fascinating because it was mystical in a sense to me. I researched as many videos as I could, but the neurological sense of it—the mapping of your neurons connecting and not going this way to a different synapse… I put in a lot of work.

BROWN: When you got the script were you like, “This is perfect for me, I know this community”?

HOLBROOK: Yeah, absolutely. I wanted to be involved in a certain homage to my background. Coal was, at one point, 82 percent of America’s energy and, in the last five years, I think it’s down to 62. It’s a pretty dramatic drop. And [writer and director] Sara [Colangelo] wrote a really good script.

I worked with Sara at the Sundance Labs when she was developing the project there, so we kind of developed a way of working together. She hired me for a reason; I’d been with the project for a while and known about it for a while so it wasn’t really an audition process.

BROWN: How did you first find out about it?

HOLBROOK: I’d been to Sundance with the Higher Ground film, and I just really liked what the festival was about. I found out that Sundance does labs—directors’ labs, writers’ labs—and I just started looking at what projects were going to be there. I saw Sara’s project and then we met and came out here and workshopped for two weeks. Then the lab was over and we just kind of waited to get financing and other actors on board. Then we shot in July. We actually finished in August, so she’s been working nonstop. I’m really proud of it and I think it’s a feat for Sara being a first-time feature filmmaker. It’s so ambitious—the story. I think Sara nailed it.

BROWN: What do you think makes someone a good actor?

BROWN: So do you think you wouldn’t have been able to do it if you’d gone straight out of high school into acting?

HOLBROOK: I’m very happy I didn’t. I’m very happy about my route. I got into drama school and I didn’t move to L.A. In school we never worked with scripts, we worked with classical material: Arthur Miller to Sam Shepard, just plays like that.

HOLBROOK: I haven’t! No. I need to see him. I’ve worked with him a couple of times and he’s got this short story that I want the rights to: “The Peacock Killer.” It’s a fantastic short story, probably 150 words. It’s hilarious. We’ve spoke about it, but I want him to play the part. So that’s why I wanted to see him.

BROWN: Is he into it?

HOLBROOK: Yeah, I think he would be. He’s a huge inspiration. There’s not another Sam Shepard.

BROWN: Are you a perfectionist?

HOLBROOK: I think I have been in the past, but I’ve started letting go of stuff like that and life is better. [laughs]