Welcome Welcome to Boyd Holbrook Updates, fansite dedicated to American actor Boyd Holbrook. Here you will find the latest news related to Boyd and his career, as well as tons of images on our photo gallery. Enjoy your stay!
DuJour (2015) 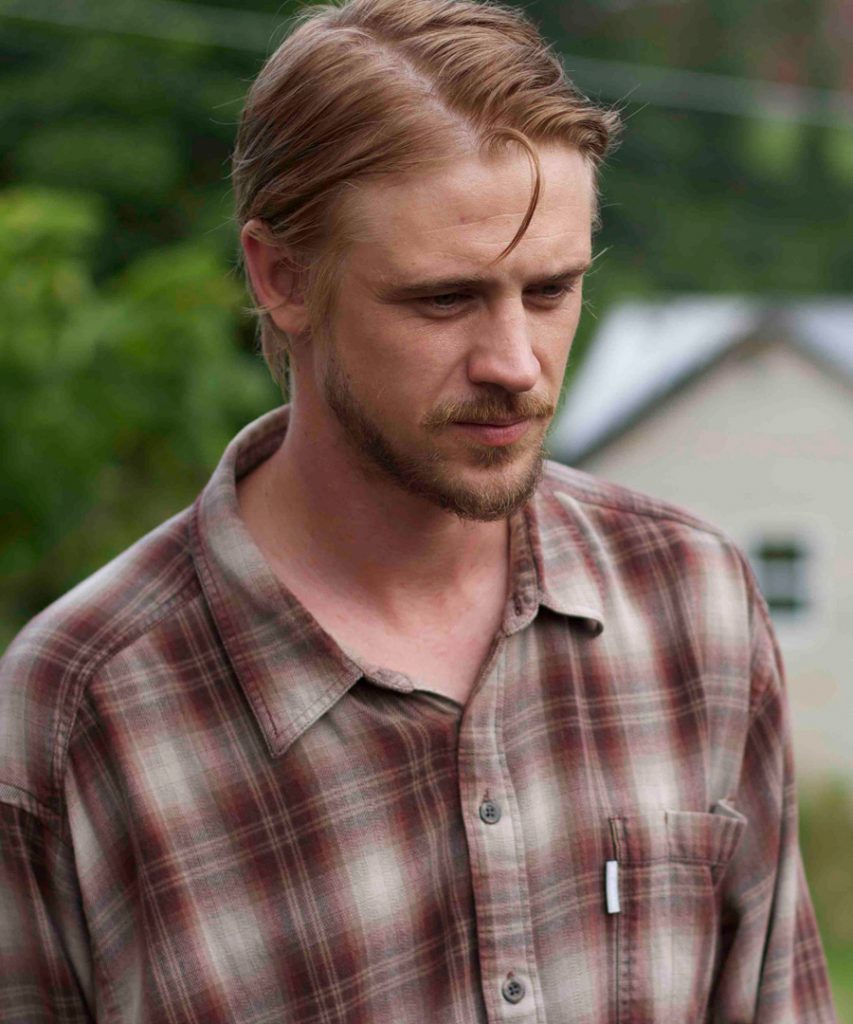 There’s nothing small about the titular maladies in director Sara Colangelo’s Little Accidents. The film follows the aftermath of a mine collapse in an Appalachian town, but it doesn’t stop there; betrayal, murder and a pile of other sins quickly pile up as the one surviving miner attempts to negotiate what’s happened to him and how his response can affect the lives of everyone he knows.

Boyd Holbrook plays that miner, Amos Jenkins, and it wasn’t a role he entered into lightly. The actor—who appeared in Gone Girl and The Skeleton Twins and will star in Terrence Malick’s next project—underwent intensive physical training to play the crippled Amos, and had to come to terms with spending some serious time inhabiting the character’s very bleak world. Here, Holbrook explains what made him take that plunge, and how he went about preparing himself.

This movie made the festival circuit a while back and is just now hitting theaters. Is it tough to wait so long for something to make it in front of an audience?

I think so. With festival films, there’s such anticipation, but it’s just different than a studio film, which has got distribution right off the bat.

Well, some things are worth the wait. I can’t imagine this was an easy film to work on, so something must have really hooked you.

What drew me to this movie is that I think coal in general is such an important resource, and geographically Appalachia is such a fascinating world. It has so much character and culture. With Amos going through this accident and getting his life back together, he had to come up against this choice of honoring the men that he worked with or talking about what happened and shutting down the whole town. It was an opportunity to give a voice to that area.

In order to play a guy who’s lived through that type of accident, how do you prepare yourself to portray the physical aspects of his recovery?

I spent a lot of time with a physical therapist at NYU. I did three months before the project started and basically imagined what could have happened. Amos would probably have kidney failure; he could have had a stroke. So for me, it was important to understand the neurological make up of what those things are and how they affect speech. I tried to create a presentation of Amos coming out of this shell crumpled up. He comes into more of his body and mind and ultimately talking about what happened that day. I spent some time thinking about that.

For a viewer, this film is not an uplifting experience. What was it like for you guys when the cameras were off?

I think you just try and have balance, exactly. Have a good time, break a little bit and get on with everybody else. For us it was a very quick shoot. We shot in a little over 22 days and so we didn’t have that much time.

Did you find yourself picking up anything on coal mining or the industry in general that you might not have known?

I’m from Kentucky, so I’m really familiar with the industry and how it operates. But to be engrossed in that area for some time and to hang out with people in that town of Beckwave, West Virginia, and listen to their stories and their lives, absolutely. I think on any project you become a journal entry in that particular world that you’re vacuuming up for a period of time.