Ahead of the first season of The Sandman premiere on Netflix, author Neil Gaiman and showrunner Allan Heinberg were interviewed by Digital Spy and were asked “which actors encompassed the established visions for the characters, and which ones brought new and different ideas.” They both had some lovely words to tell about Boyd Holbrook:

“I would point to Boyd Holbrook, The Corinthian, as somebody who gave us something that we were not expecting, which was: we were expecting charm. But what we got was a rather genuine niceness and gentleness, and the idea that: ‘Yes, this character is absolutely the patron saint of serial killers. Yes, he’s an escaped nightmare, walking the Earth.’

“And by the end, you feel rather sympathetic for him. If you were alive, and you were this thing, and this is what you’ve been made to be, you’d want him to carry on, too. I mean, that was a surprise. That felt like something that grew in the making.”

Heinberg added: “We genuinely started writing The Corinthian around Boyd, and what Boyd’s gifts and talents are. 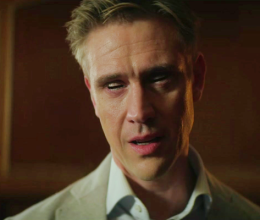 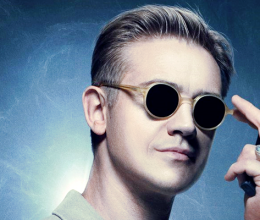 Boyd Holbrook discusses ‘The Sandman’ and playing The Corinthian