Boyd Holbrook has been cast in the Justified limited-series revival opposite Timothy Olyphant. Production is set to begin this week. More below:

Seven years following the end of FX’s Justified, the limited series returns to U.S. Marshal Raylan Givens’ (played by original series star Olyphant) story eight years after he’s left Kentucky and now is based in Miami, balancing life as a marshal and part-time father of 14-year-old Willa, who will be played by Olyphant’s real-life daughter Vivian. A chance encounter on a Florida highway sends him to Detroit and he crosses paths with Clement Mansell (Holbrook), aka The Oklahoma Wildman, a violent sociopath who’s already slipped through the fingers of Detroit’s finest once and wants to do so again. 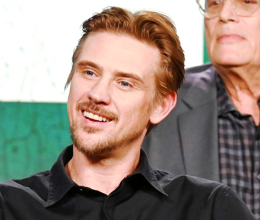 ‘Vengeance’ gets premiere date at Tribeca Festival and first look