Eight for Silver had its premiere at the 2021 Sundance Film Festival last January and the reception has been good so far, currently ranking at 75% (Fresh) on Rotten Tomatoes’ Tomatometer.

Read what the critics have to say about the horror film and Boyd’s performance as John McBride:

Holbrook is no stranger to genre films, channeling the same charisma he showcased in Logan and The Predator while layering in the sort of brooding intensity that made him so watchable during the first two seasons of Narcos.

Part of Ellis’ evocative success is in his casting; Petrie, Holbrook and Kelly Reilly (as the torn wife of Laurent) are unexpected deployment and bring a certain gravitas to proceedings […] and while Holbrook’s usual drawling swagger is tempered, his dexterity with a gun and latent family sorrow leans into the Narcos persona that made him a star.

Holbrook (Two/One) is a solid presence, although the American actor never quite fits into this so-called French fold either.

The Only Critic (Score: B)

Holbrook proves convincing in his role with the tense and moody atmosphere paving way for solid thrills that really bite.

That tension is hard to maintain for two hours, and some of the climax here suffers from the budget, but there’s still enough to like, including another game performance from Holbrook, who could make a career as a cinematic monster hunter and I’d be pretty happy. He feels like an old-fashioned lead in a Hammer movie, totally understanding what’s needed of him here in terms of charisma and urgency.

Anyone who knows about werewolves or any of the Universal-inspired monster movies knows you must have a good hunter, and our lead actor Boyd Holbrook offers that up. Holbrook has been an actor I’ve followed since first seeing him in the gritty superhero epic Logan, and every time he gets a meaty role like this, it’s a delight.

Despite these more intriguing elements, the film then falls into a more generic but still enjoyable monster flick, complete with its very own Van Helsing-lite figure in Boyd Holbrook’s character. Thankfully, the star sells his part and makes a likeable and haunted hero here.

I’m also a fan of its somewhat diffuse approach to building its narrative: this is a film really without a main character or even any particular focal points (McBride would seem to be the natural pick for that job, and Holbrook gives the most comfortably lived-in performance out of the whole cast, but he is on the margins of the plot until pretty far into the running time), just a sense of collective confusion and instinctive panic. 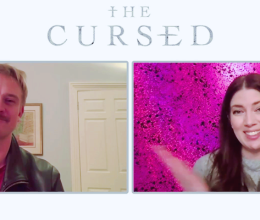 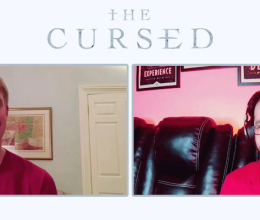 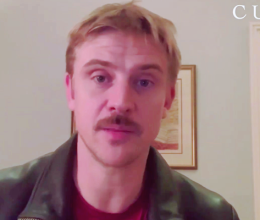 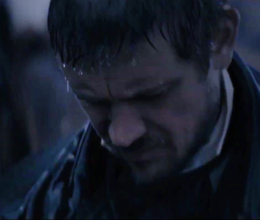 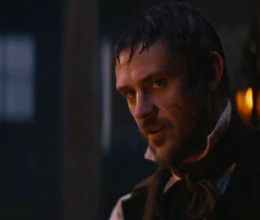 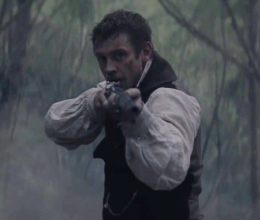 Boyd Holbrook talks about ‘The Cursed’