In an interview to Film Updates, the Eight for Silver director Sean Ellis talked about casting Boyd Holbrook as John McBride, who, according to website, “delivers the best performance in the film, drawing on his character’s shadowy past to turn in a layered performance that will stay with audiences far after the movie ends”:

Boyd was the first [actor] on board, What I like about Boyd is that people don’t necessarily know who he is by name, but then you say what he was in and they go all, ‘Oh yeah!’ You tell them he’s the blond guy in Narcos and they go, ‘Oh, yeah, I love that!’ You tell them he was the bad guy in Logan and they’re like, ‘I loved him in that!’ He told us in the beginning, ‘I look for projects where I can lose myself in the role. I’m not necessarily coming to a project as Boyd Holbrook.’ He likes the role to take over and he becomes sort of invisible behind the role. So much so, that these roles are better known than him.

On “the elephant in the room”, aka Boyd’s English accent for the role, Sean said:

Boyd said, ‘I know you’ve written it as English. Can I send you a tape of myself [speaking in an English accent]?’ So he recorded himself speaking with an English accent and for me, it was very close. I thought, ‘I think this guy can do it. I think he can do it.’ And when I said yes, he just said to me, ‘Don’t worry. I’m going to work really, really hard. That was just a quick taping, but for the next three months, I’m gonna be all over the accents.’ So I think by the time he turned up on set, he was so well-prepared and it was kind of strange because he almost didn’t break accent the whole time we were working together. So even when we weren’t shooting, he was basically mirroring my accent back to me as we were talking. He was in constant practice. 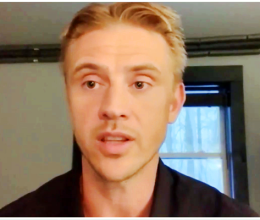 Boyd Holbrook is interviewed by Collider 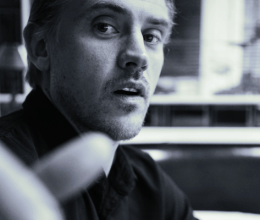 Boyd Holbrook talks about ‘Eight for Silver’ to Screen Rant Tweets by Boydholbrookcom
Wishing the amazing and incredibly talented @boydh

Boyd Holbrook on the set of Indiana Jones 5 in Gla

Boyd Holbrook has been seen on the set of Indiana

Boyd Holbrook is in the first trailer for #Beckett

Boyd Holbrook and Christian Slater on the se of We

@boydholbrook behind the scenes of Anthem magazine